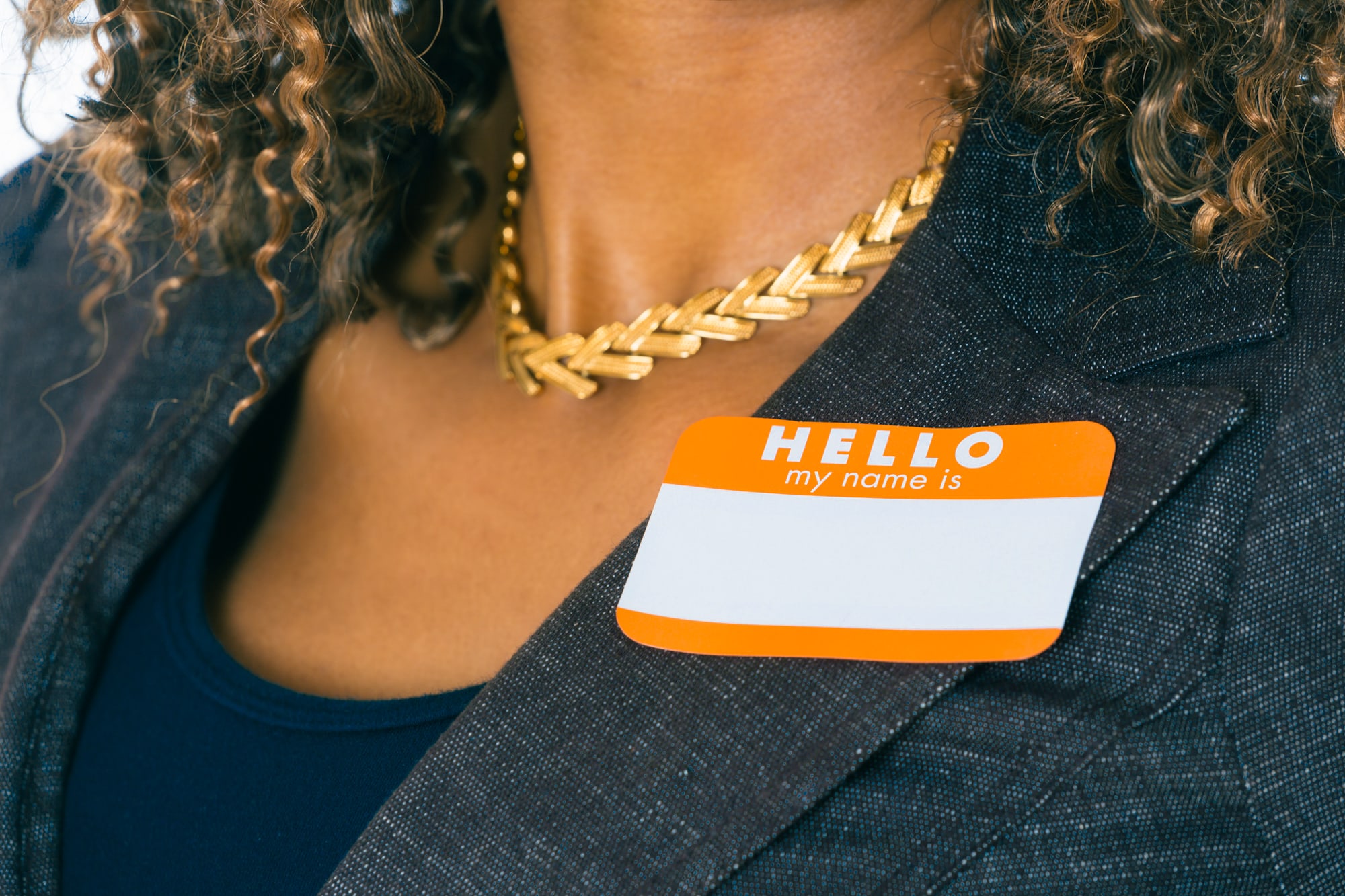 Getting someone’s name correct is critically important. We know that a person’s name is part of their identity. It differentiates them from others. If we are to create a positive and productive work environment, it starts with us knowing and using each other’s names correctly.

You may be reading this, thinking, “no kidding, Cynthia that is emotional intelligence 101.” And, I agree with you but, I have had some interactions that indicate we may have some room to grow in this area.

A few weeks ago, I was on a Zoom call speaking to a gentleman who I had never met. He kept calling me “Sweetie.” People who know me, may classify me as kind but they would not call me sweet, but that is beside the point. Being called “affectionate” names in a business situation, when I have a name (that is literally on the screen) is unacceptable. I am not your female underling – I am a businesswoman on equal footing. When I asked him to stop calling me “Sweetie,” he said, “I mean no harm by it – I call many women sweetie.” So, he had one affectionate name for women but men get called by their given name? I let him know that I was just guessing, but I would venture to say the majority of women prefer not to be called sweetie by strange men. Say my name.

I had a former co-worker who loved calling me Cyndi. I get that people love to shorten names and give people nicknames but my name is Cynthia, not Cyndi. Every time she used it I cringed (Brady Bunch flashbacks) and reminded her my name is Cynthia. She said, “That is too long, and I like nicknames.” I guess what I was named did not matter more than her preferences and comfort. I felt unheard. Say my name.

This would also extend to foreign names that may be hard to pronounce at first. We need to honor the person by learning how to say their given name, without an “Americanized” version of their name to make it easier. It is about inclusion. Say their name.

This would also include using someone’s new name if they choose to change it from their given name. Legally changing one’s name is a huge undertaking, we should honor the new name/identity, even if we have “always known them” as a different name. It is not about us. Say their name.

During a call with people from several organizations, I was asked why I had my pronouns listed on the screen. I explained while referencing someone during a conversation, pronouns help us know how someone would like to be addressed in any given situation. He interrupted me to say that he knew why people, in general, list pronouns but that I didn’t need to do it because I am “clearly female and do not need a sign announcing it.” I let him know it is not always as obvious as he thinks it is and that I am normalizing the practice so that everyone feels comfortable listing their preferred pronouns. I felt resistance in him to the very idea of listing pronouns, why else would he bring it up in a meeting with other organizations present?

Are you feeling weird or resistant about the use of identity pronouns? Is it odd for you to refer to a single person as “they”? If it helps, we have done it our whole life. For example, when a person cuts us off in traffic, we probably exclaim that “they are a jerk” but, it is a single person who was driving. We did not know their gender and defaulted to “they” for a single person, naturally. We can absolutely learn to use preferred pronouns with ease when we use our emotional intelligence and focus on the other person. Ultimately, keep in mind that someone else’s pronouns are about them, not us. Using proper pronouns is like saying the proper name. It is about inclusion. Use their pronoun.

In a month (June) we will be celebrating Pride Month. How can you celebrate? Add your pronouns to your signature. Commit to using people’s preferred pronouns. Say your pronouns when you introduce yourself. If you see a chance to teach someone, do it. Become an active ally.

If we are to truly hear the real stories of others, it starts by honoring their names and their pronouns.